Deyan Mihov has donated one of his artworks, via Esharelife, to be auctioned off at the charity Eyes on the Future Gala later this year.

The artists is part of the thought-provoking forces in modern art.

Known as the “banker by day, artist by night,” Mihov is a finance professional who developed a passion for art.  A collector, the Bulgarian born artist began painting some three years ago

Such was his talent that multiple exhibitions followed quickly and his works have been featured already on the London Tube, in Forbes Magazine, at LA’s Grand Union Station and galleries across both London’s West End and Beverly Hills. 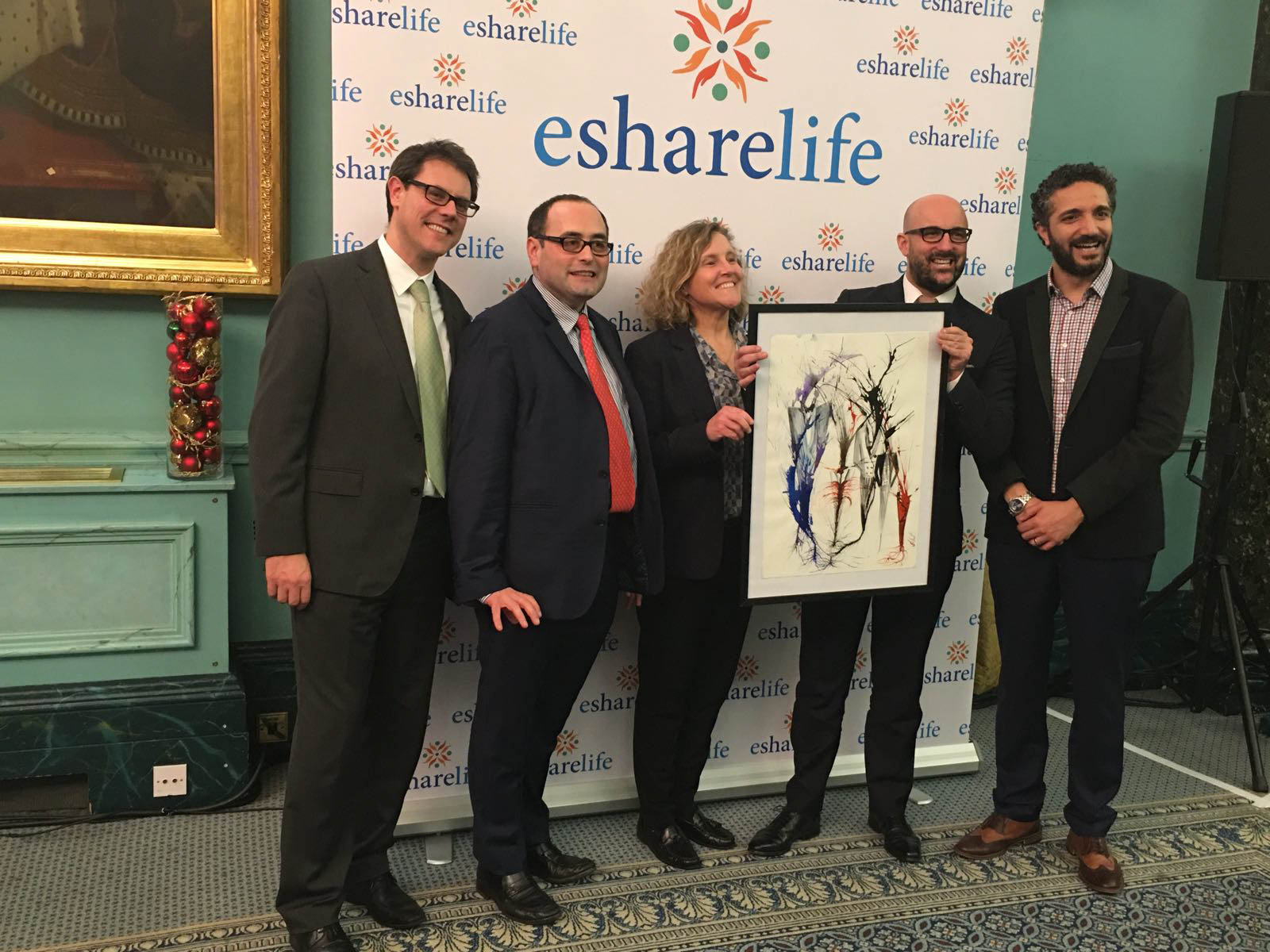 International aid charity, Esharelife, celebrated 2017 with a London Christmas party which raised just under £14,000 for one of its charity partners.

The event was hosted by Esharelife’s chairman, Dr Maurizio Bragagni MBA, at The Institute of Directors.  Guests were invited to attend – and support one of the Esharelife Foundation’s charity partners, AVSI Kenya.

For more than thirty years AVSI has been working in Kenya to promote the development of local communities, working with the poorest sections of the population.  The charity’s focus is on education and training in the suburbs of Nairobi, in Kibera, one of Africa’s largest slums, and in Dadaab, the most populated refugee camp on the planet.

All money raised during the evening was pledged to AVSI projects to empower disadvantaged children in Kenya and included a presentation by AVSI Project Manager, Antonino Masuri. Guests were also invited to take part in a raffle and auction to raise additional funds.