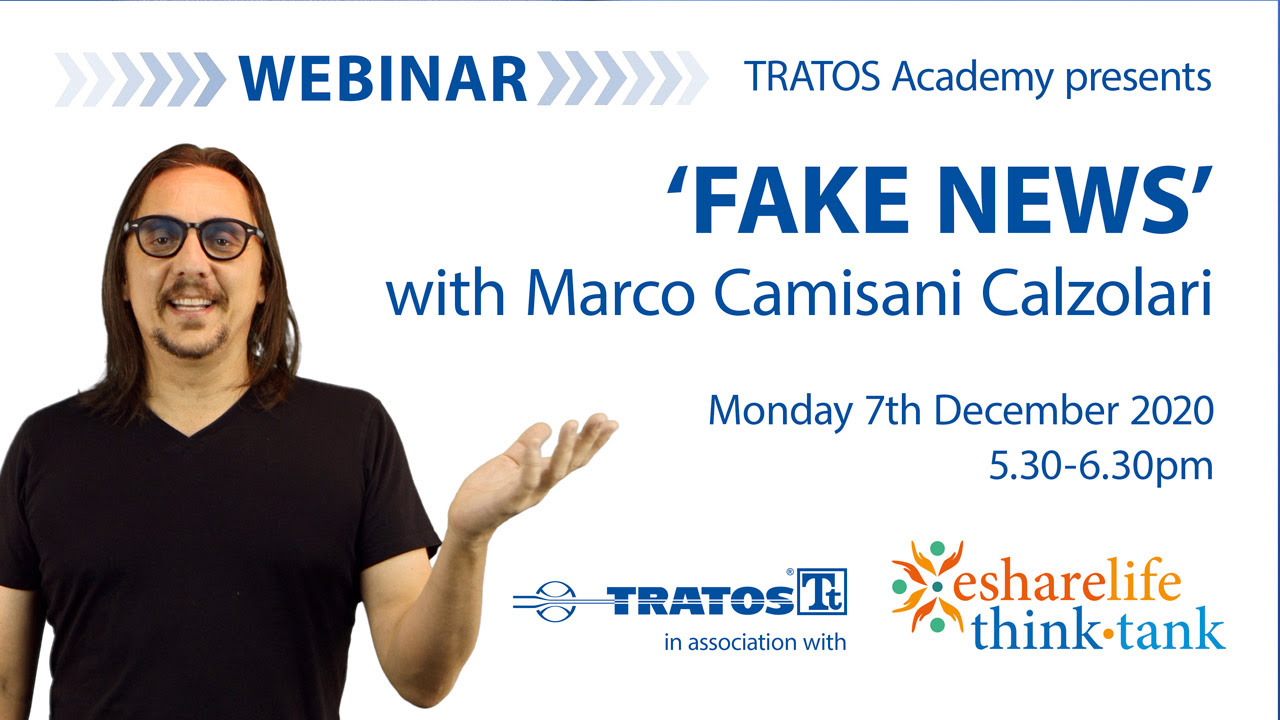 Esharelife Think Tank in close cooperation with Tratos Academy in the UK will co-host a webinar with Guest speaker, Marco Camisani Calzolari.

Marco will talk about ‘Fake News’, giving examples of how fake news can be spotted, the importance of understanding how exposed we are to fake news, and how we can all safeguard ourselves.

As you may be aware, since 2016, the use of the term “Fake News” has increased by 365%, making it the word of the year 2017, by Collins, the traditional English language dictionary. The spread of false news has presented itself as a current problem, because, given the amount and speed with which they spread, checking the truth of the facts has become a difficult task. The speed with which the Fake News spread today has encouraged work in various areas to minimize the damage and the public insecurity caused by their proliferation.

He originally was born in Milan, Italy, naturalised British, and now lives in London. Marco is also a Digital Advisor for multinationals. As a Digital book writer, he has authored several publications on Digital Strategy and Communication and he is a regular contributor to many magazines inherent to digital-related topics, as well as various national TV and Radio channels where he is a long-established name.