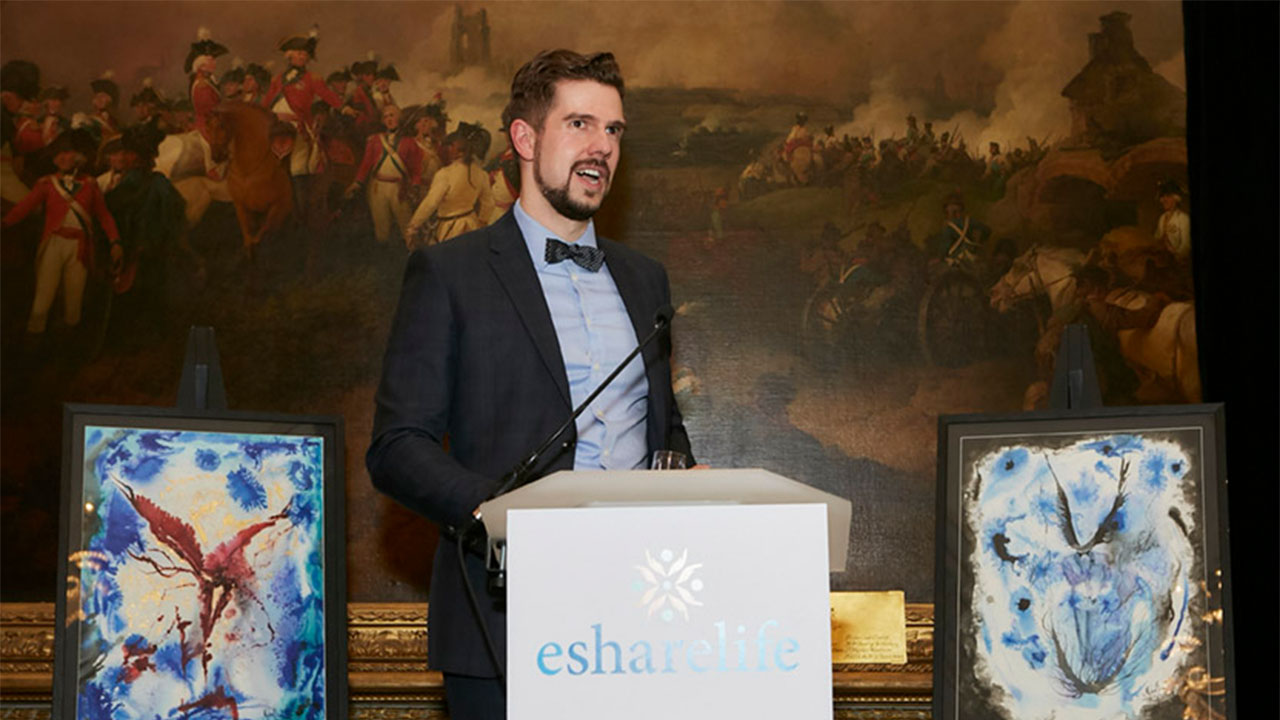 Known as the “banker by day, artist by night,” Deyan Mihov is a finance professional who developed a passion for art. Mihov began his art journey in 2015 as an exercise in mindfulness and creativity.
Such was his talent that multiple exhibitions followed quickly and his works have been featured already on the London Tube, in Forbes Magazine, at LA’s Grand Union Station and galleries across London’s West End and Beverly Hills, California.

Deyan Mihov donated one of his artworks to be auctioned at a fundraising Gala Dinner “Eyes on the Future” held in October 2018. All funds raised went to the funding of a three years search project to implement therapies for children with Leber Congenital Amaurosis (LCA) condition, a severe form of degenerative eye disease progressively leading children to blindness.

Mihov has been one of the first artists to collaborate with Esharelife by donating several of his outstanding artworks to the charity Foundation to support previous events. The Bulgarian artist has also been of great support to Esharelife in the planning of its annual Christmas Galas. As a sign of gratitude and appreciation for his commitment, Esharelife has appointed Dr Mihov as one of its Ambassadors.