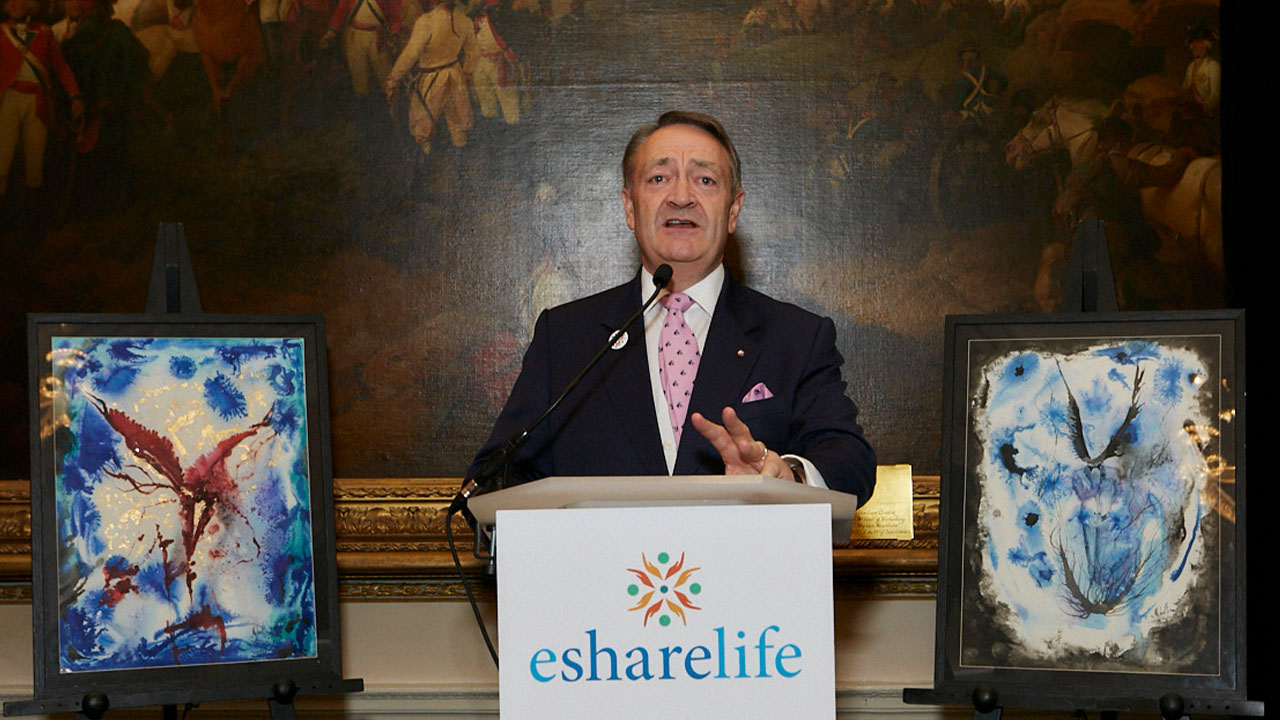 In July 2022, Mr Simon Blagden CBE was appointed Chair of Building Digital UK, the agency in charge of delivering the government’s rollout of faster broadband and mobile coverage across the UK.

Mr Blagden was one of the first supporters of the charity, he has always been actively involved in and supported the Foundation’s events.

Mr Blagden has participated in promoting the Esharelife Annual Christmas Gala for the past three years. Because of his remarkable support and commitment to the foundation, Esharelife appointed Mr Blagden as one of its Ambassadors.

Here is an interview that Mr Blagden released on the occasion of the third Esharelife Annual Christmas Gala.

As Mr Blagden points out: ” the impulsive education is at the base of everything. Unless young people come through schools and have the education, they can’t go on to forge careers. Now, we can see that, particularly in Africa, the continent is going to grow and grow, and there’s going to be a requirement for well-educated and well-motivated people to run their businesses down there. This is where it starts, it’s really important that every child has access to good, basic education to start with, as a foundation for their life.”