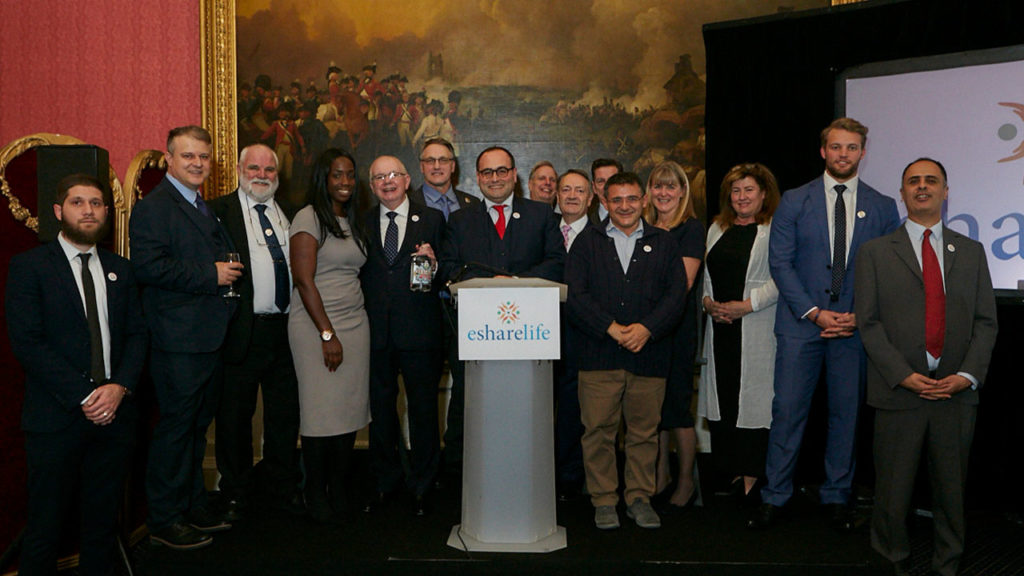 Thirty times around the globe, 79 countries visited, 395 new markets opened, and 48,000 hours on the road and in the air.  Just how long does it take, and how far do you have to travel, to create more than £1 billion worth of value?

One North West businessman has the answer.  Over the last 20 years Dr Maurizio Bragagni, Esharelife Chairman but also CEO of independent cable manufacturer Tratos, has done all that and kept a record.  While he hasn’t added up the miles travelled he can count off the 36 offices set up worldwide, involvement in just under 130,000 negotiations, and a hand in closing deals with 37,920 agents.

His family cable manufacturing business is one of the UK’s most unusual and enlightened – it’s been built around quality and innovation and it’s standing on its own two feet in international markets.  Last year (2019) it joined a very exclusive club.  It was one of a small number of companies recognised with a Queen’s Award for Enterprise: Innovation.

A passionate supporter of the Northern Powerhouse initiative, Italian-born Dr Bragagni chose Knowsley, Merseyside, as his UK manufacturing base.  Why?  Because his company’s mission – the same mission it’s had for more than half a century – is to create jobs in the areas that need them most.

He began his journey within the family business on September 1st 2000 working in a cable-making factory acquired by Tratos.  It was a springboard for the young Italian who arrived with a doctorate in law from the University of Pisa and no English – but a passion for all things British and a curiosity about how things work – and how they could work better.

As he rose from factory worker to CEO he continued to educate himself.  He learned English, he learned the business and he learned the importance of people and their cultures.  It was a smart move for a man with aspirations to build a global company.

Dr Bragagni won over investors and soon a new purpose-designed factory was built in Knowsley, a town that had been one of the UK’s cable technology heartlands. He went further.  He realised that if he was to be taken seriously in his adopted country, he needed to gain a formal qualification in a well respected English business university.  He chose Cass Business School – where he claimed his Masters in Business Administration. Along the way, he focused on offering education and skills training to the Knowsley workforce and set up the Tratos Academy – dedicated to opening up the world of innovation-driven or enabled by cable.

He said: “It’s a time of year for looking back and forward for most of us.  For me, I’ve reached that 20-year landmark.  I’m reviewing the journey so far – and planning the next steps.  The world is not itself at the moment, but it hasn’t always been smooth running over the last two decades.  The Twin Towers’ abomination and the resulting War on Terror shook the world.  The financial crisis of 2008 seemed beyond rescue.  We came through, we will again.”

His journey includes helping spin-off companies, setting up his own charity, Esharelife, serving as a Government advisor to the Department for International Trade during Brexit Deal negotiations and a relatively new role as a diplomat – Honorary Consul for the small independent state of San Marino.

A Freeman of the City of London with a Honorary Doctorate from the University of Bolton, Dr Bragagni is an Italian Knight and a British citizen who is committed to more sustainable ways of working – he’s a fervent supporter of the UN’s 17 sustainability goals and Tratos has signed up to deliver against everyone.