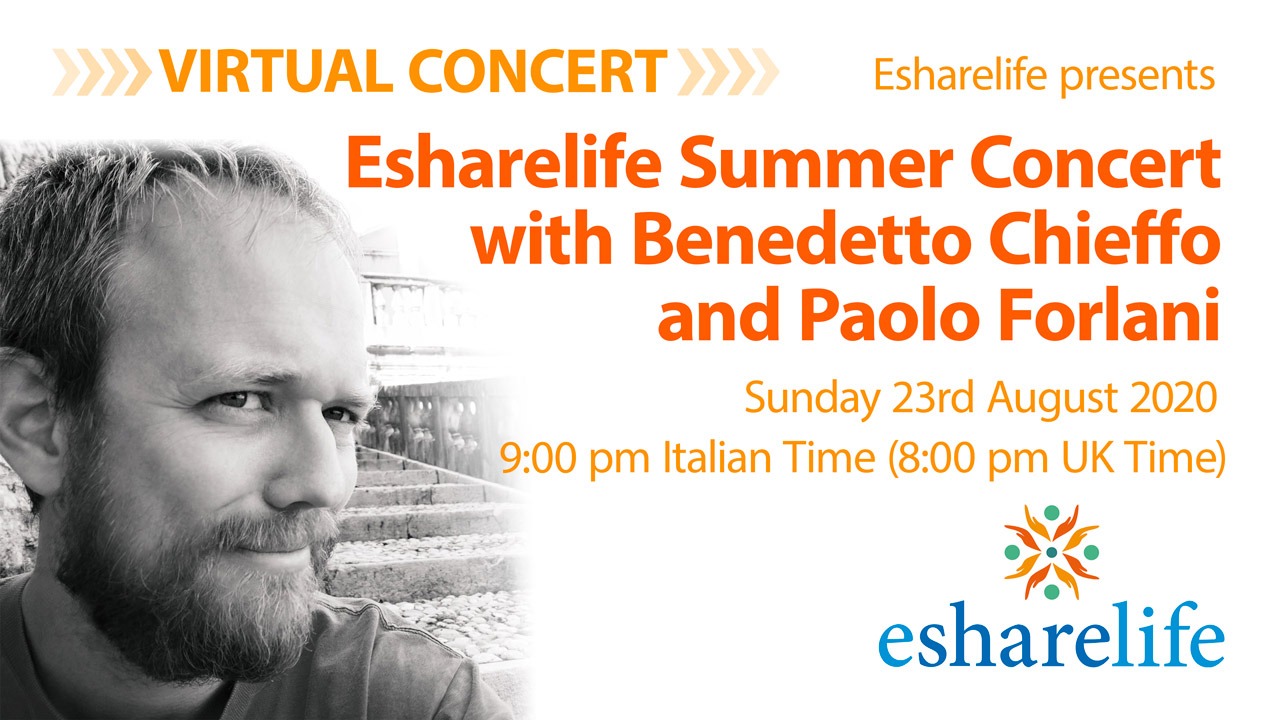 Esharelife have embarked on a fundraising campaign for the explosion that happened on the 4th of August 2020 in Beirut.

The charity has organised a virtual summer concert with Benedetto Chieffo, son of Claudio Chieffo a famous Italian singer-songwriter who has been writing and singing songs for more than 50 years starting from the ‘60s. Claudio Chieffo was one of the most original authors and voices in Italy whose songs were sung by thousands of people.

Benedetto, being surrounded by songs, music and guitar, starts singing in public only after the death of his father in 2007. In 2014 he recorded a new album with some unpublished songs of his dad and he also filmed a movie to spread and promote his father’s works. At the moment Benedetto is working on a new and existing project.

The concert, where Benedetto will sing with Mr Paolo Forlani, will take place on Zoom on Sunday 23rd of August 2020 from 9 pm to 10 pm (CEST). The event is free, however, Esharelife asks guests to make a voluntary contribution of £5 or 5€, which will be donated to the British Red Cross in support of the works aimed at rescuing communities in Lebanon which have been deeply affected by the explosion.

If you would like to participate in the event you can register here.

You can make your contribution to Esharelife Foundation here:

2 thoughts on “Esharelife Foundation fundraise for the Beirut explosion”