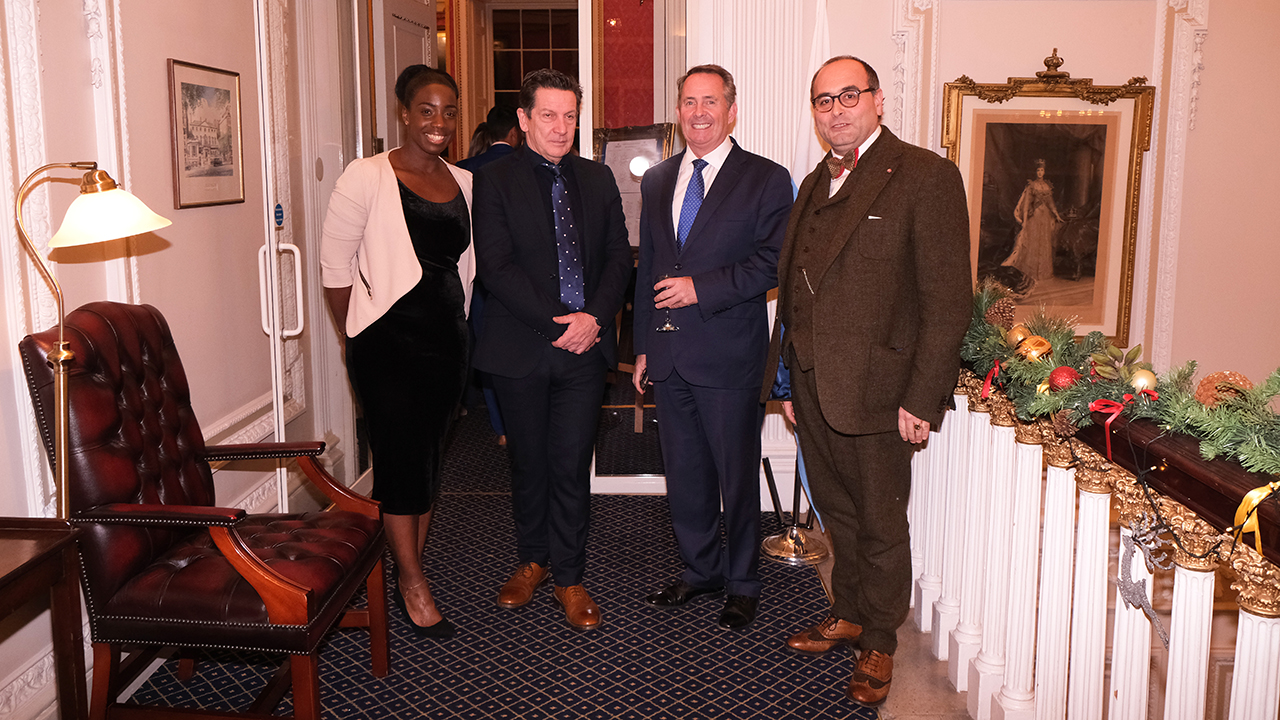 The Rt Hon Dr Liam Fox MP was born in Scotland and attended St Bride’s High School, the biggest comprehensive state school in Europe, before studying medicine at the University of Glasgow Medical School. Before entering politics, Dr Fox worked as an NHS doctor and then as a family GP.  He is also a former Civilian Army Medical Officer and Divisional Surgeon with St John Ambulance.  In 2012, he founded the military charity ‘Give Us Time’

Member of Parliament for North Somerset since 1992, In John Major’s Government he served as a Minister at the Foreign & Commonwealth Office and as Government Whip (Lord Commissioner of the Treasury).  He had previously served as Parliamentary Private Secretary to Michael Howard, then Home Secretary.

Between July 2016 and July 2019, he served in Prime Minister Theresa May’s Government as Secretary of State for International Trade and President of the Board of Trade.  As International Trade Secretary he was tasked with creating the UK’s first Independent Trade Policy for forty years post-Brexit.

Dr Fox has always valued education as a means to reach social, political and economic progress. He, therefore, support Esharelife’s activities of making education accessible to all, and in particular to those who live in some of the poorest areas of the world. For his long-standing support, Esharelife has decided to list him among its Testimonials.