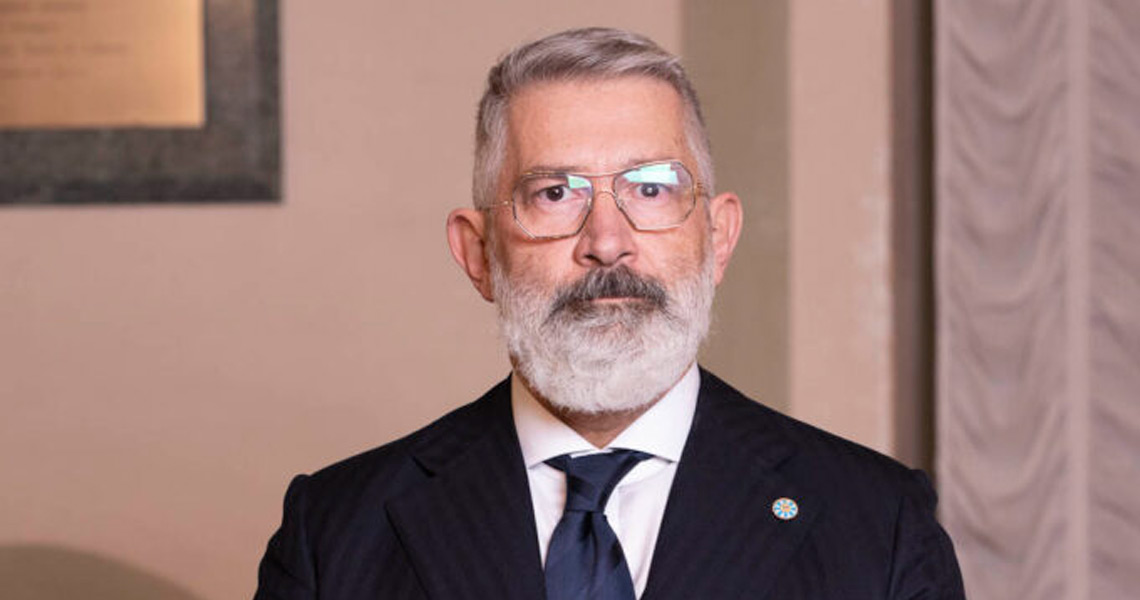 HE Mr Paolo Rondelli was born in San Marino in 1963 and has served his country over the years as a civil servant and diplomat, up to being appointed Ambassador to the USA (2007 – 2016), Ambassador and Permanent Representative to UNESCO (2016 – 2019), National Commissioner at the 56th and 57th Biennale of Visual Arts in Venice and at the 17th Architecture Biennale and Director of Cultural Institutes, a position currently held.

Mr Paolo Rondell is a Member of the Grand and General Council since December 2019, where he holds the role of President of the Permanent Council Commission II (Foreign Affairs) and that of Government Mayor. In addition, he is a member of the National Delegations to the OSCE Parliamentary Assembly and the Inter-Parliamentary Union.

Mr Paolo Rondell is an active member of the “Alan Turing” Arcigay Rimini Social Promotion Association, of which he was a member of the Board and Vice President from 2018 to 2021.

On 1 April 2022, Mr Rondelli was appointed as one of the Captain Regent of the Republic of San Marino, becoming the world’s first gay serving as Head of State. This appointment marked a shift in attitudes in the tiny republic of San Marino, where public displays of affection between people of the same sex were banned until 2004.

Mr Rondelli shares the values of the Esharelife Foundation and has been vocal in supporting Esharelife’s mission and activities, that’s why Esharelife is pleased to have him appointed amongst its Testimonials.