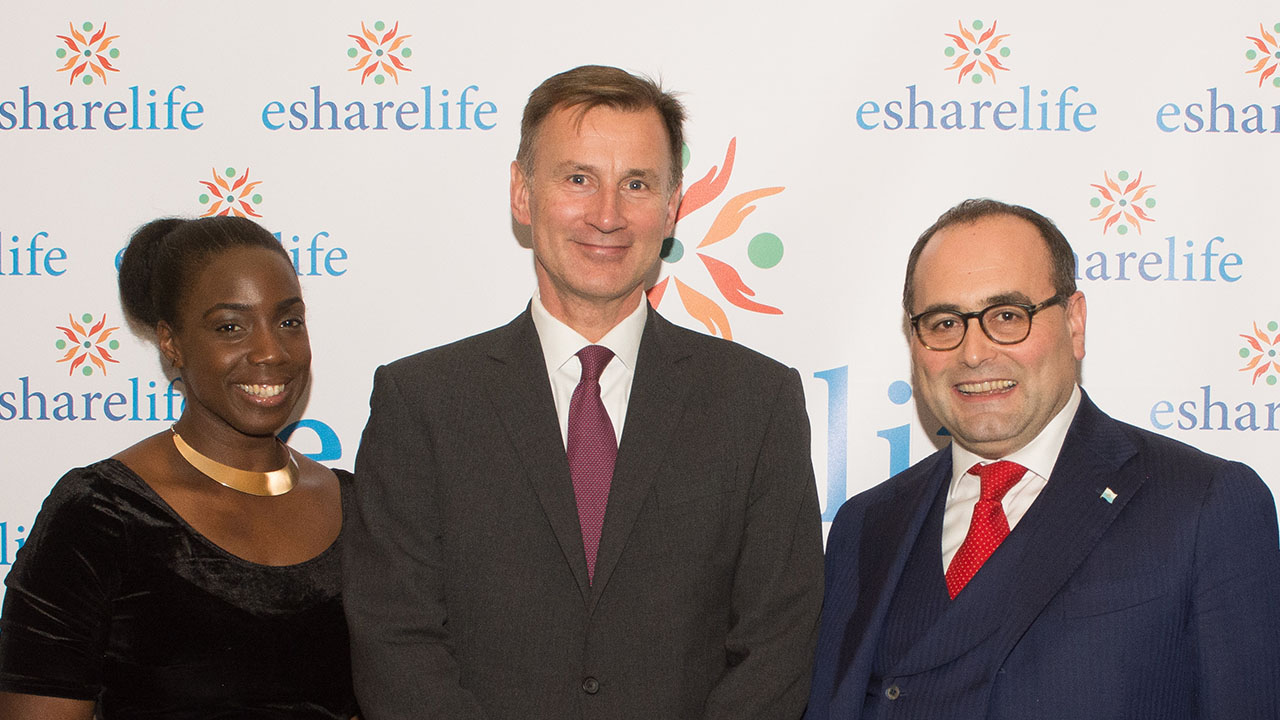 Rt Hon Jeremy Hunt MP is a British politician serving as the Member of Parliament (MP) for South West Surrey since 2005. As a member of the Conservative Party, he served in the Cabinet from 2010 to 2019, including as Foreign Secretary from 2018 to 2019.

Rt Hon Jeremy Hunt MP has been a great supporter of Esharelife Foundation, by dedicating his time and energy to take part in a number of Esharelife events, including the EshareLife Annual Christmas Galas.

During one of the Esharelife Annual Christmas Gala, Mr Hunt claimed to be “proud to be associated with a charity that is harnessing the power of art to help some of the most disadvantaged children in the world” and to be inspired ” to hear the stories of the people who are being supported by the great work done by the charity, but also the way that it’s helping artists promote their works and become famous and well-known”.

Mr Hunt was pleased to meet people from AVSI and hear about the “3000 children that are being helped to get an education, stand on their own two feet, and have a chance to break out of poverty.”

For the great support that The Rt Hon Hunt has been giving to the charity, Esharelife lists him among its Testimonials.