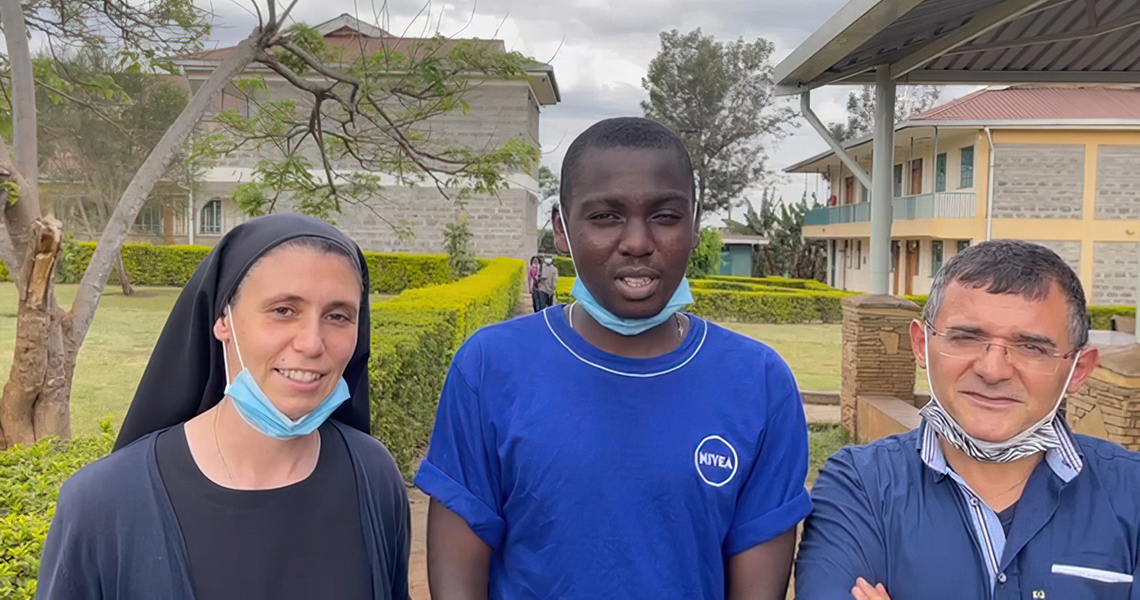 As access to healthcare is still impossible to many in Kenya, Esharelife is working alongside AVSI to allow children, families, and communities to have access to medical treatments. AVSI Kenya has been an NGO working in Kenya since 1986, primarily helping children get access to education but also drinkable water, food, and healthcare.

Michael is a young boy from Kenya, who studies at the Cardinal Otunga school with dreams of becoming an engineer. In April 2021, while helping his family at home, he got injured in the eye as it was hit by a nail.

He was unable to pay for his medical treatments, as the funds collected from the NHIF (National Health Insurance Fund) and the St Elena of St Charles Borromeo congregation were used up for the urgent surgery he received.

He asked AVSI for support in order to cover the weekly medication and expenses of transportation to get to the hospital, located far away from his home and school. Regardless of the medication received Michael developed glaucoma and risked losing his eye. Not to lose his eye Michael needed a corneal transplant but his parents’ income was not enough to cover the medical costs of the surgery.

After donating him £600, Esharelife has been fundraising to help Michael. Esharelife originally set a target of £1,200 to be raised to continue to assist him with the medical expenses needed to treat his condition and to allow him to get a corneal transplant.

Thanks to our donors and supporters’ generous contributions, Esharelife’s objective was far exceeded and the Foundation was able to raise £2,200. Michael can now get his corneal transplant and receive all the necessary medical treatments needed to go back to live a normal life.

The Foundation would like to take a moment to thank all of those who have given a contribution to this cause, thanks to you now Michael will be able to have a brighter future.