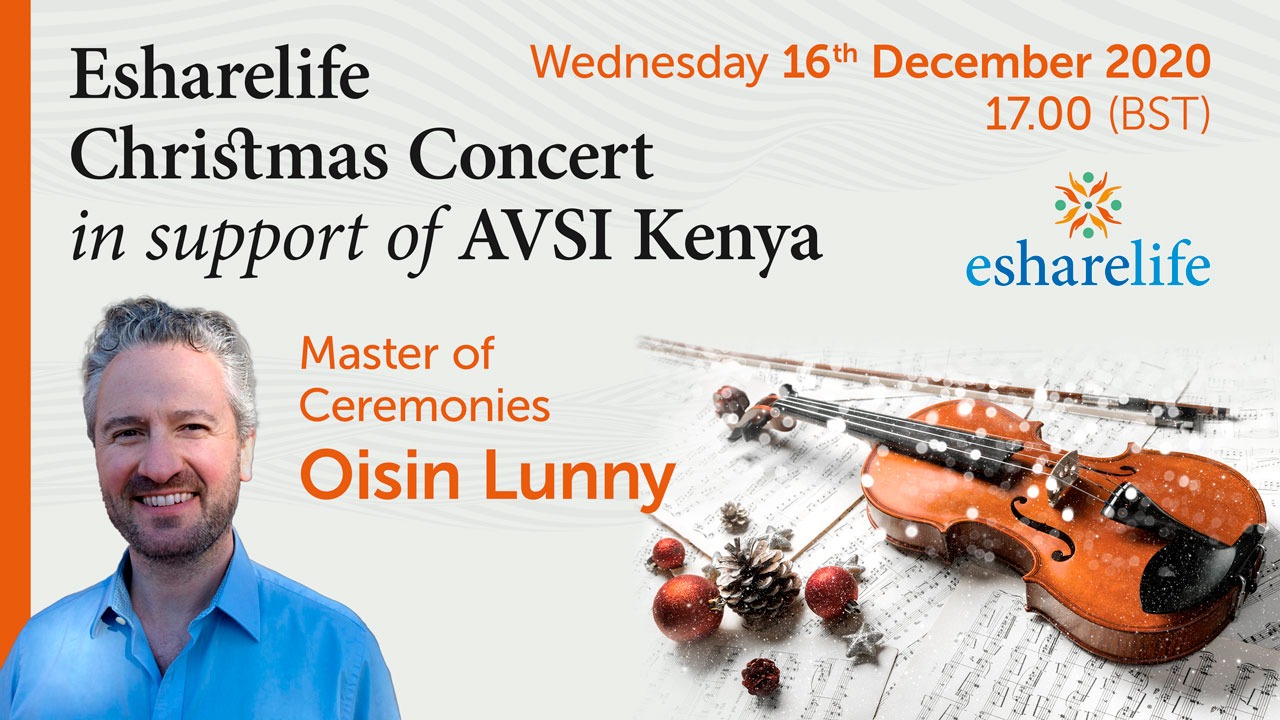 Esharelife is honoured to announce that the Master of Ceremonies for the Esharelife Christmas Concert will be the great and talented Oisin Lunny.

Over his career, he worked with Forbes, The Guardian, CX Magazine and PHOENIX Magazine as well as many others. He has also been featured on CNN, BBC, The Observer, The Telegraph, Business Reporter, The Drum and CMO.com. Moreover, he has worked in a series of leading global technology firms over the past 20 years as Global Product Manager, Country Manager, VP of Technology, Senior Market Development Manager, and Chief Evangelist.

Oisin is also well known for his reliability in owning the stage as events MC. His personality has allowed him to facilitate vibrant and insightful discussions with senior leaders from different industries in numerous events.

LinkedIn named him the 5th most engaged marketer in the UK; Technopedia named him as the Top Twitter Influencer in Mobile Technology and mCordis named him Top Thought Leader in Mobile.

Oisin maintains a parallel profile as a composer, producer, and DJ. with his experience and creativity he brought a valuable contribution from the world of music into entertaining keynotes about the art of networking and business leadership. His first band had a UK top 30 hits and his solo music has been featured in films The Mean Machine and Human Traffic. He also composed the original scores for several BBC and Channel 4 documentaries.

The Foundation is pleased to have such a great and influential personality at the Esharelife Christmas Concert in support of AVSI Kenya.